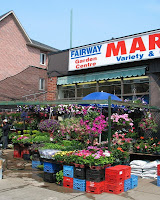 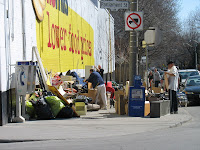 Saturday, April 23 – 9 am to 2 pm
Four drop-off spots, so use the one that’s convenient for you:
Amelia & Parliament
Carlton & Parliament
Spruce & Parliament
Ontario & Gerrard
This is your chance to get rid of the old bricks, broken furniture, bulky appliances, and stray litter that plugs up your lane and your neighbourhood. Please – no organics and no hazardous goods. Is there a limit? Nope, just clean out your area.
While checking for “hot spots” that need a lot of attention, we’ve noticed places where garbage has been dumped over the winter. This is the time to clean it up.
As you can see from our picture, people were very enthusiastic in 2007. This is just one of four drop-offs. By the end of the day, Cabbagetown was a lot cleaner. It'll be a challenge to repeat that success.

The proposal to build a retail power centre at Leslie and Eastern Avenue has been opposed by the City of Toronto. The developer, SmartCentres, has appealed the City’s decision to the OMB. Local residents and business groups are supporting the City’s stand in the OMB hearing.
The Board of Management at our BIA opposes this development. In order to continue our advocacy outside the BIA, we need the approval of our members.
This General Meeting has been called to give our BIA members a chance to hear the debate and to vote on our actions. Everyone is welcome but only members of the BIA may vote. (One vote per business – please bring identification. Sorry, no proxies.)

Anniversary Park
Last Fall, Green Force, a television series that airs on HGTV, started to work on repairs and rebuilding at Anniversary Park (Gerrard and Parliament). The early winter weather was unexpected and they had to postpone their renovations. The crews will be back again in early May.
We can watch their final program on HGTV on June 24. Times and channel info will be available closer to broadcast times.

Gun control petition
Mayor David Miller has launched a national campaign to gather signatures of people in favour of banning hand guns. If this is an idea that you endorse, you can read the Mayor’s comments and add your name to the petition at www.toronto.ca/handgunban
Nuit Blanche
Cabbagetown artists are reminded that we will be a full participant in
Nuit Blanche next October. If you have a project that will fit the Nuit Blanche program, please contact John Jay at The Cobourg (416-913-7538). Time is pressing - the deadline is April 30.
One more time ... 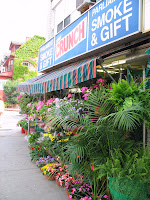 ...because it really is nice to have them back!
Posted by Cabbagetown BIA at Friday, April 18, 2008