Today’s musings are going to be short and sweet – so we can get home, change into our outfits and give out those candies.
Halloween in Cabbagetown is a highlight of the year. Hundreds of tiny kids roam the streets going door-to-door and collecting their goodies. It always seems as if a school of little minnows has arrived just for one night and is swimming about in joyful confusion. It’s especially fun when parents dress up and add a nice costume to the mix.

Ghost Tour
A final reminder – the tour happens tomorrow night (November 1) at 7 pm. Tickets are available at the starting point at Winchester and Parliament. This has been a popular event. Our quota of tour tickets sold out and we’ve fielded a lot of telephone inquiries. Individual tickets are $10. Families and groups (four or more) are $7.50/each.
Nothing this scary has happened in Cabbagetown since Jack Layton did his graveyard tours. Some say that a ghost with a mustache still prowls the Necropolis.

Adult refreshment
Once you’ve tucked the last candy into a little kid, it’s time to take care of the grown-up inside you.

The Ben Wicks Pub (424 Parliament) has music, Halloween pumpkins and dancing from 8 pm to 1 am. 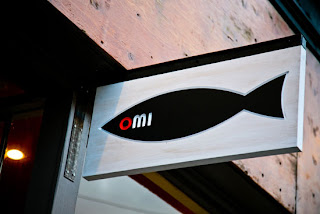 OMI, Cabbagetown’s newest Japanese restaurant, has now been open for several weeks. We’re hearing great initial reports about their menus and the high quality of their food service. Try them out. (241 Carlton)
On Saturday, Big Mammas Boy is hosting their third SheDance. 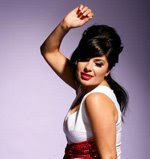 DJ Groove Warrior is entertaining everyone and Big Mamma will buy you a shot at the end of your dinner. The dancing starts at 10 pm as the music kicks up with your hosts, Heather and Mary Lou. No cover. (554 Parliament) 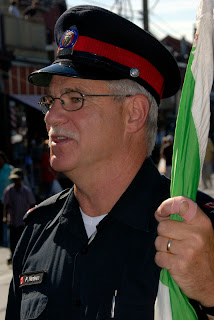 Constable Paul Nadeau from the Community Relations Office at 51 Division wants to remind us that a clothing drive is still underway to help senior men (over 55) at the Good Neighbours Club. A bin has been set up in the lobby of 51 Division (51 Parliament at Front). It is, by the way, a great reason to visit the station and see how well the renovation of this stately building has been accomplished. 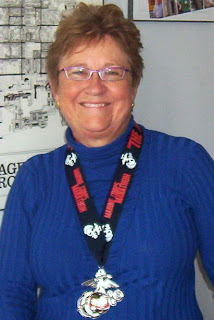 Yeti Agnew (Yeti Law, 215 Carlton) has completed this year’s Marine Corps Marathon in Washington DC . It's her fourth successful entry in this race and her sixth marathon overall. She appeared in our office last Monday, hale and hearty only one day after the event – she has amazing recovery skills. And she wore her medallion from the event. Well done, Yeti.
Aberdeen Gardens 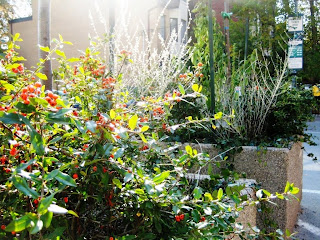 Residents on Aberdeen Avenue have long been working to beautify the area around the Green P parking lot. Their gardening efforts through the summer in these concrete planters are a nice step forward.
Heritage Congratulations

The new Cabbagetown Regent Park Community Museum has been given two prestigious awards by Heritage Toronto. The first is the Community Heritage Award and the second is the Heritage Toronto Members Choice Award. This recognition of the Museum’s fine work in bringing Cabbagetown stories and history to life is indeed well deserved.
Learn more about the Museum at http://www.crpmuseum.com/
And when you’re visiting the lobby of 51 Division to drop off your clothing donation, you’ll see the Museum’s exhibition featuring Toronto Police and Fire Services.The Award for Excellence in the Media went to Cabbagetown resident Sally Gibson for her fine work on the history of the Distillery District on their website.
Posted by Cabbagetown BIA at Friday, October 31, 2008