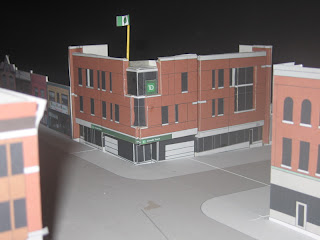 JavaVille Report
For the past several weeks, the owner of 493 Parliament and his architect have been meeting people from Cabbagetown to hammer out an acceptable final design for the exterior of this building. They’ve met the Board from the BIA, members of the Don Vale Cabbagetown Residents Association, the Heritage District advisory committee, Board members from the CPA and several local architects. Local neighbours have also attended these meetings. Pam McConnell and her staff have been to each session.
At the same time, the owner’s request for variances on density and parking has been sent to the City’s Committee of Adjustment. City planners have come to these community meetings to assess the progress toward some degree of community approval.
What’s the result?
1) Go to this link to see cardboard models of the building in its actual site: Neighbourhood events.
2) Drawings and plans will be available for viewing at the BIA office, 237 Carlton Street.
3) The Committee of Adjustment will hear the owner’s request on Wednesday, February 4 at 10 am. You can get details about the address and about making a presentation from Sean McIntyre (Pam McConnell’s office) at 416-392-0207.
4) A second set of approvals must also happen: with the site plan. If you have comments or you want to support or oppose the design, ask Sean McIntyre about the procedure for this.

Up Until Now at the Toronto Dance Theatre. 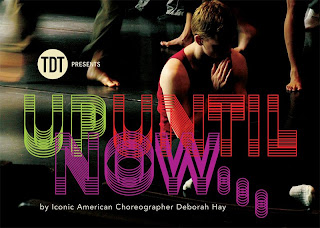 Postmodern choreographer Deborah Hay was part of New York’s seminal Judson Dance Theatre. Her new work, Up Until Now, is being staged at TDT because of her friendship with Christopher House, TDT’s artistic director. Toronto Life says “a new work by the American is of great importance.” January 29 to February 7, 8 pm, 80 Winchester St. For ticket information, call (416) 967-1365.

Early Valentine’s Report
We’re putting together a list of special events for this special evening. Cabbagetown will, as usual, be abuzz with love. Valentine’s Day falls on a Saturday this year which means that our restaurants are planning special menus. You’ll also be able to sleep off the excesses on Sunday morning. Watch this space next week for the listings and watch your mailbox for our brochure. 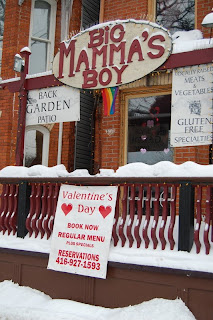 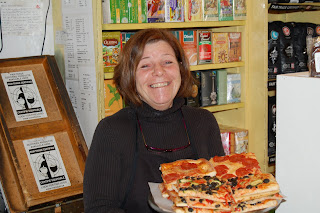 Saturday’s special is Kicking Horse Coffee at $12.99, a savings of $2 a pound. On Saturday as well, there’s a tasting of Epicure’s own homemade pasta sauce – for a quick easy dinner, just add pasta, a baguette, some salad and you’re ready. The Quebec cheeses are still available (7 year raw milk cheddar, Riopelle and La Sauvigne) along with Quebec farm pates. 473 Parliament. 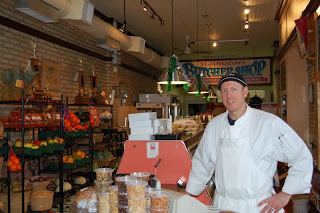 Mark Michelin reports that this new linen of goodies is attracting lots of attention. The ingredients for these condiments, jellies and dressings are grown in Norma’s own garden in Orono. Mark has also just introduced organic whole chickens to add to his line of organic salmon. 516 Parliament

Del Ray Cleaners (586 Parliament) have just brought in a 24-hour drop box service at their front door. You can put your clothes into a special bag, deposit it into the locked box at any time and retrieve it within two days. They give you two bags and the access code when you join. Members are also entitled to a 25% discount on all cleaning in February. A one-time fee of $25 covers admin costs for your membership.
Phyllis Kwan also let me know that February is their customer appreciation time and they’re extending a 10% discount to all customers.
It’s no wonder that people keep coming here even when they move away. People from the Annex, Ajax and Milton still rely on their good service.
Posted by Cabbagetown BIA at Friday, January 30, 2009