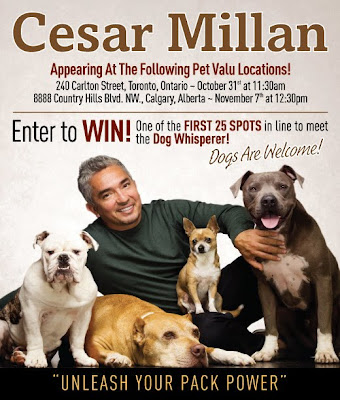 Cesar Millan, the internationally renowned dog whisperer, is on a cross-Canada tour and he’s making a special stop at Cabbagetown’s Pet Valu (238 Carlton). You can see and meet Cesar on Sunday October 31 from 11 am to 12:30 pm. Book the time and whisper the good news to your favourite furry pal. Don’t miss out!

Cabbagetown’s all-candidate’s debate
Meet the people who want to be your City Councillor for the next four years. This is your chance to hear each one speak and then answer your questions. Six candidates for our Ward 28 council seat will be there: Howard Bortenstein, Eric Brazeau, Dennis Hollingsworth, Pam McConnell, Daniel Murton and Raj Rama. Wednesday October 13, 6:30 pm, Cabbagetown Youth Centre, 2 Lancaster (behind the Parliament Street Beer Store.)

We Day – a huge success 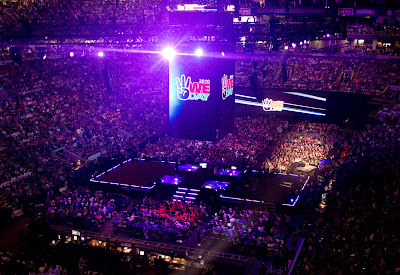 Free the Children (233 Carlton) is a familiar name around Cabbagetown. We’ve all seen and enjoyed the groups of young people who work and visit here and we know about their work in other parts of the world. What we don’t always know is how big and powerful their message has become.
We Day is their annual time for celebration and renewal. It’s a call to young people to commit themselves to service and change.
Over 18,000 young people came to the Air Canada Centre on September 29 to be part of this movement. They came from forty school boards and 1000 schools.
They learned how their efforts – big and small – can lift other people and make a difference in our world. In the past year, for example, their projects have included Hallowe’en for Hunger – over 217,000 pounds of food were donated to local food banks. Their fundraising contributed over $1.5 million for local causes and $3.0 million to international organizations.
We Day is the starting point each year and this year’s event was an amazing success.
A two-hour special on We Day will air on CTV on Saturday October 7 at 7 pm.

Kiki’s fall promotions
If you’re getting ready for that television appearance, you’ll want to take advantage of Hair Lift’s (503B Parliament) fall promotions. Kiki is offering semi-permanent colour or colour gloss for only $20. She also has a collection of hair products inside the salon that are on sale at 20% off.

Gosia at Labour of Love 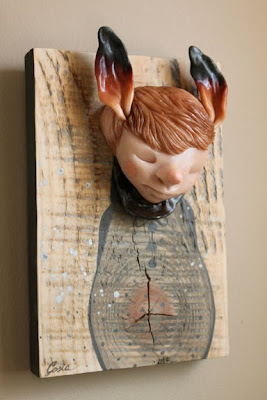 Gosia’s recent installation at Labour of Love (242 Carlton) was a great success so Regina is bringing in more of her art for Cabbagetown shoppers to enjoy. You can see a nifty sneak preview here: http://thelabouroflove.ca/

It’s Thanksgiving – What are you doing this weekend?
There’s a lot of choices ready for you. Cabbagetown restaurants are preparing their feasts for the occasion. Pick your favourite and enjoy yourself. 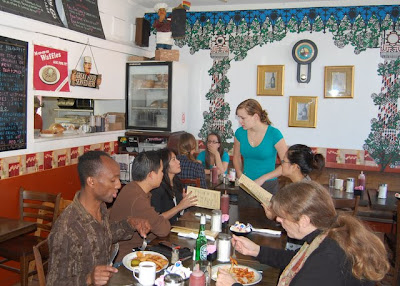 Start the day on Saturday, Sunday and Monday at Johnny G’s. They’re open from 8 to 5 pm for brunch. 478 Parliament

Across the street at PearTree, you can enjoy a three-course dinner for only $21.99. That includes butternut squash soup or salad, turkey with mashed potatoes and fresh vegetables and pumpkin pie. 507 Parliament

Athena is the new place on the block. For Thanksgiving, Jim has a roast beef dinner special with potatoes and veggies and soup or salad as a starter. 488 Parliament. 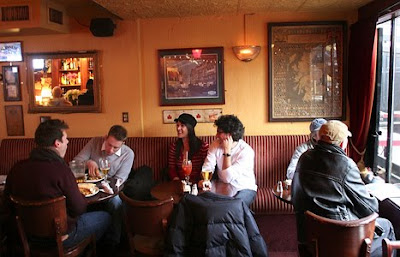 The House on Parliament is featuring their regular (and highly popular) prime rib dinner on Sunday. On Monday, they’re offering a traditional turkey dinner with all the trimmings followed by pumpkin bread pudding for dessert. Both days, dinner starts at 5 pm. 456 Parliament 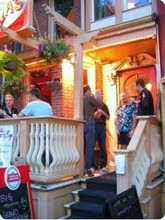 At Big Mamma’s Boy, there will be a special Thanksgiving dinner with organic turkey, locally grown veggies and all the trimmings. Dessert will highlight a gluten-free pumpkin pie. 554 Parliament. 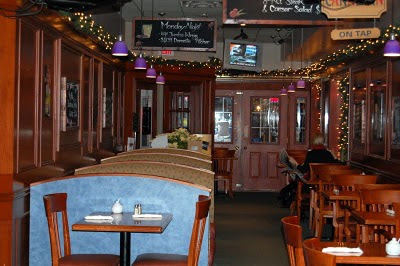 Cranberries’ special holiday dinners are always anticipated happily by their regular guests. This year, a three-course dinner includes soup or salad, turkey and the trimmings followed by pumpkin pie. Available on Sunday and Monday. 601 Parliament 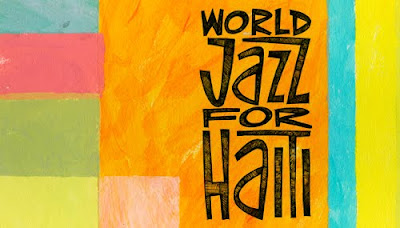 Number 9 Audio Group have successfully launched their new two-disk album to support disaster relief for Haiti. The launch event at Hugh’s Room raised over $3800 in just one evening. The album is an amazing collection by outstanding talented musicians. Proceeds go to the Canadian Red Cross. You can pick one up for $25 at Number 9 (22 Gerrard) or at the BIA (237 Carlton). For more information about the artists and your contribution to Haiti relief, click here: http://www.worldjazzforhaiti.com/ 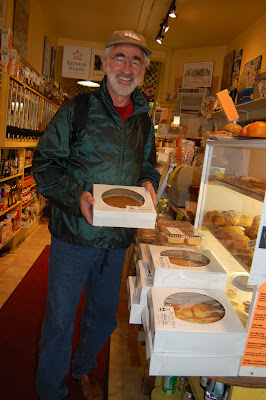 Patty’s loaded up on goodies for you for the weekend. Of course, she has lots of pumpkin pies and she has plenty of other fruit pies and tarts as well. All homemade. While you’re there, check out her selection of cheese – Comfort Cream, Guernsey Girl and Niagara Gold from Niagara on the Lake and lots of Buffalo Mozzarella on sale at $7.99 each. 473 Parliament
Kendall & Co – Thanksgiving sale 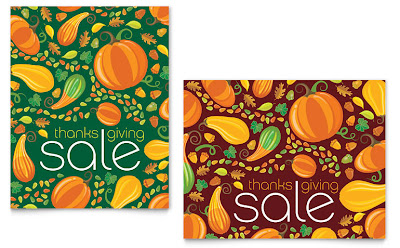 Save up to 50% on Kendall’s hostess gifts, serving ware, wine accessories, glass ware, teapots, candles, lamps, party accessories and accent décor. A whole new selection of merchandise has just gone on sale in the store so drop in and take advantage of these great prices. 438 Parliament at Spruce.
The 8th Absolutely Vintage Sale 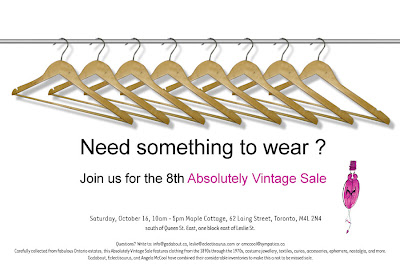 Leslie at Eclectisaurus (249 Gerrard) has again joined forces with Gadabout and Angela McCool to host their annual sale. Their inventory features clothing from the 1890s to the 1970s, costume jewellery, textiles, curios and accessories. Saturday October 16, 10 am to 5 pm at Maple Cottage, 62 Laing Street (south of Queen east, one block east of Leslie.)

Geoffrey Pimblett in the news 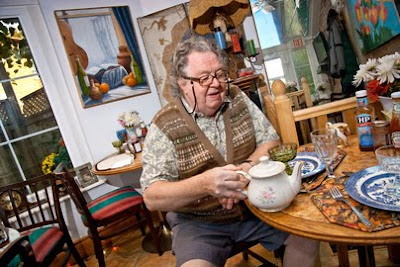 Geoffrey is the inimitable host at Albert Pimblett’s B & B (242 Gerrard). His views on tourism and its latest trends are featured in a Toronto Star article from October 1. Read about it here: http://www.thestar.com/travel/northamerica/article/868571--where-d-all-the-americans-go

Up Until Now by Deborah Hay 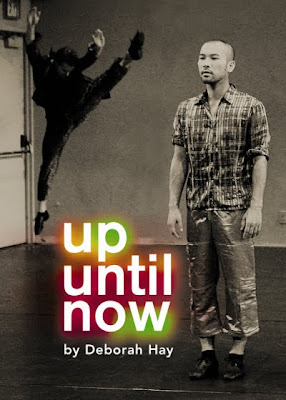 Toronto Dance Theatre (80 Winchester) is presenting Deborah Hay’s acclaimed Up Until Now as their first performance for the 2010/2011 season. It runs from Wednesday October 20 to Saturday October 23 with tickets at $26 (students/seniors/CADA at $20). You can reach the Box Office at (416) 967-1365 or at http://tdt.org/buy/order.htm 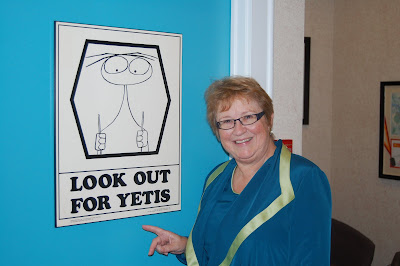 Yeti Agnew (from Yeti Law at 215 Carlton) has always taken this motto seriously ever since her days in the Ski Patrol. She first picked up this poster (by the legendary cartoonist Ben Wicks) in the 1970s, eventually filed it away and then recently rediscovered it when checking her archives. She loves all of its Cabbagetown echoes – Ben Wicks and Yeti both live on here.

So you think you can cook? 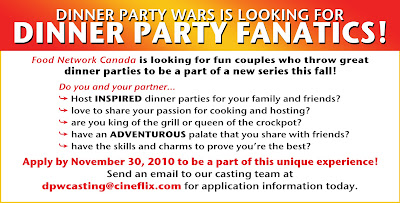 Cabbagetowner Charlie Smith works at Cineflix and he’s looking for people who want to host a dinner party and appear on television. He knows that Cabbagetown is home for lots of foodies and he’s hoping you’ll join the fun. Three couples will each prepare dinner for the others and compete for top honours. Your dinners will be broadcast later on The Food Network. Contact dpwcasting@cineflix.com
Posted by Cabbagetown BIA at Friday, October 08, 2010