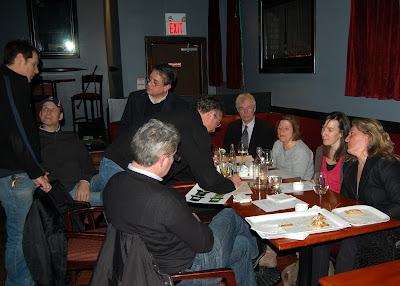 It’s been a busy week at the new Winchester Kitchen & Bar (51A Winchester). On Tuesday and Wednesday, they held Grand Opening receptions. The BIA Board enjoyed an evening there on Tuesday and came away with high praise for the hors d’oeuvres and the ambiance of the room. It’s great to have this amazing room back in business. Drop by and check it out for yourself. 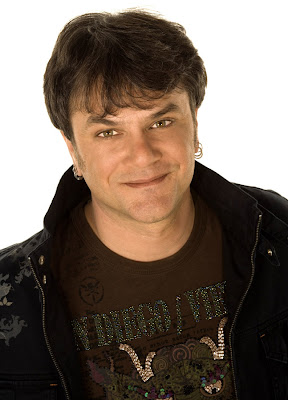 Every Wednesday night, Zack Werner is organizing and hosting a Blues night. He’s featuring Steve Castello with his fabulous blues guitar. Other musicians are invited to join and jam. Drop by for a pint of Ontario Craft Beer and take in some of the best blues in Toronto. 221 Carlton.

Congratulations to the HOP 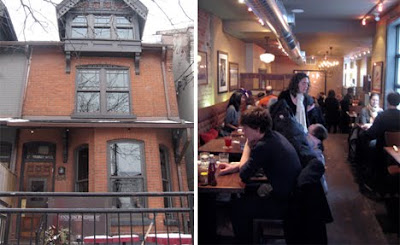 House on Parliament (454 Parliament) has successfully moved and settled in to their new building, right next door to the old spot. Reviews are now arriving and they’re very complimentary. Here’s a sample from NOW Magazine who continue to be impressed by the fine food and warm atmosphere created by Tania, Beau, Duncan and their friends. http://www.nowtoronto.com/daily/food/story.cfm?content=179376

Leslie does it again 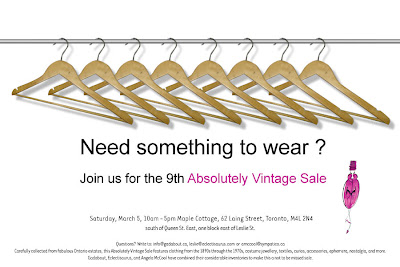 Join Leslie for Eclectisaurus’s 9th Absolutely Vintage Sale on Saturday, March 5. It happens from 10 am to 5 pm at the Maple Cottage, 52 Laing Street (south of Queen, one block east of Leslie). There’s clothing from the 1890s to the 1970s, costume jewelry, textiles, curios, accessories and lots more. Eclectisaurus is that lovely store at 249 Gerrard. 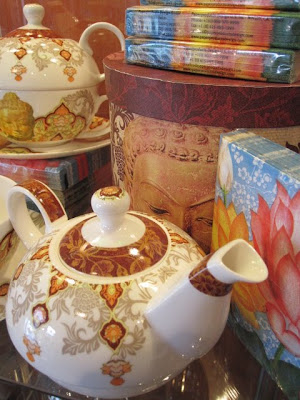 If all that music at Stout gives you the blues, invite a friend over and have some tea. Kevin at Kendall & Co has a brilliant new tea set with eco-chic napkins, tea ware, creamer and bowls. And he’s highlighting their stylish serviettes for cocktails, lunch and dinner. 438 Parliament (across from Spruce).

Times change quickly
We’ve seen a lot of activity in our restaurant world over the past few months. There’s even more to come
At Big Mamma’s Boy (554 Parliament), the name is changing. It’s now “Caroline’s”. Caroline Murphy will continue offering her award-winning pizzas and she’ll still emphasize locally grown, naturally raised ingredients. There’ll still be a special menu for people with dietary needs. Through March, Caroline’s will close every Monday to continue the changes and renovations that have been turning her rooms into handsome destinations.
Athena’s is gone. We want to wish our best to Jim who worked very hard to turn his restaurant into a pleasant space with a varied and affordable menu.
Heather is back. Heather Mackenzie has returned to Cabbagetown and will be welcomed by her many fans who became her friends when she operated Big Mamma’s Boy. She and Maggie Cassels will open their new cabaret at 488 Parliament on March 17. We’ll send more details when we have them. 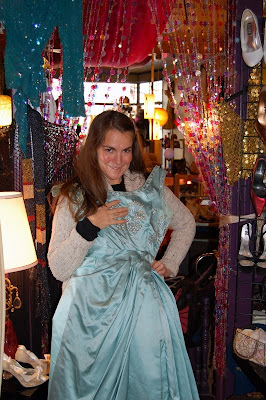 Rummage through the bins and stuff as many bags as you want for only $10 each. On Saturday, Michelle is having a rummage sale with art stuff, books, prints, sewing, tools, jewelry and lots more. It’s all gotta go ‘cuz she’s closing her doors in three weeks. So drop in, say hi and have fun. Foxy Boutique, 251 Gerrard.

St Patrick’s Day is coming
And we’ve already got three places lining up their entertainment. 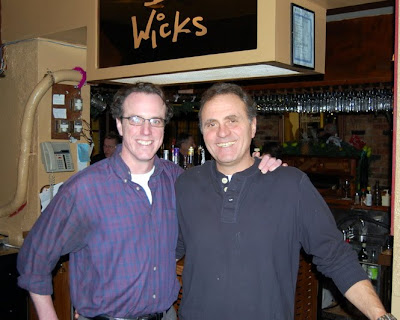 The Ben Wicks (424 Parliament) has The One Shot Band ready to go on the day itself. They’ve been to The Wicks before and their rock’n roll wowed everyone in the place. They’ll be bringing plenty of Irish tunes along with those favourites for their second visit. The kitchen is busy preparing an Irish menu for the evening – stay tuned and we’ll tell you more next week. http://www.benwickspub.com/parties.htm 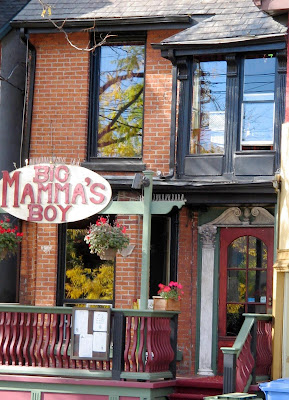 Caroline’s (formerly Big Mamma’s Boy) at 554 Parliament is getting ready for an authentic Irish evening. Caroline has big plans for a special home-cooked prix fixe. Menu details next week. http://www.bigmammasboy.ca/ 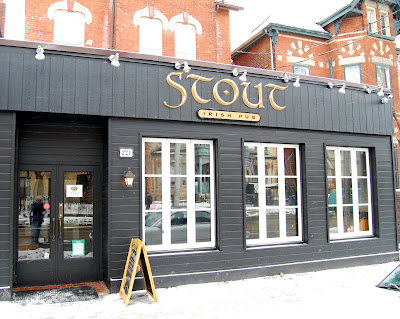 Erin at the Stout Irish Pub (221 Carlton) believes in the big picture. She’ll be partying on the big Parade Day (Sunday, March 13) and on St Patrick’s Day itself. And, since you’ll need to take time off work after all that, drop in on Friday to cure your hangover. For Sunday March 13, she’s hosting another of her Ceili’s – a traditional Irish musical session - and she’ll have green jello shots and green beer at amazing prices. More details for St Patrick’s Day itself will be coming in next week’s Newsletter. 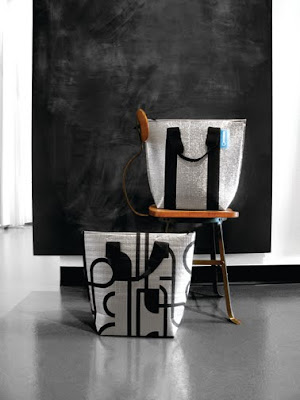 Anne Thomas is a Montreal-based graphic designer and she’s developed a fascinating line of house wares. Her clean, refreshing style and sense of humour make this a perfect fit for Regina at Labour of Love (242 Carlton). Check out her cotton shopping tote with its thermo grocery bag insert – buy one and get another one free.

Meanwhile, at The Epicure Shop 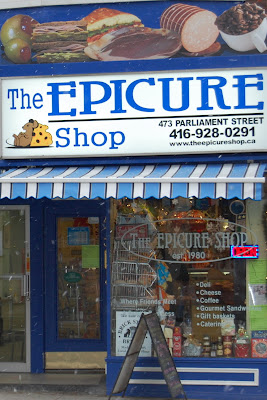 Patty has a new line of old fashioned donuts – the kind you had when you were a kid. These aren’t massed produced deep fried globs – they’re authentic chocolate, Bavarian cream or jelly donuts. She expects a new shipment on Saturday so get there early because she’s been selling them out every time they arrive. And while you’re there, pick up some spinach dip on two-for-one special and get some DeCecco bucatini pasta for only $1.79 (save $1 on each package.) 473 Parliament

More about the Museum at 51 Division 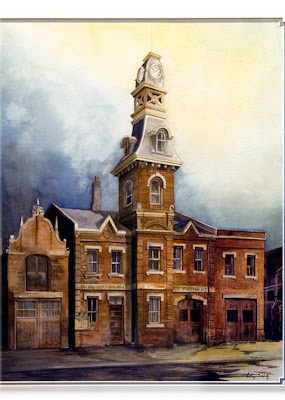 Justin Skinner at Inside Toronto has written a detailed review of the new show presented by the Cabbagetown Regent Park Museum at 51 Division (51 Parliament). Drop by and take it in. http://www.insidetoronto.com/news/local/article/960663--police-museum-opens-in-51-division-headquarters

Are you addicted to your Scrabble games? 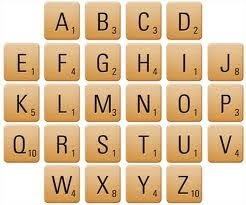 Central Neighbourhood House (349 Ontario) has the cure – their third annual tournament happens on Saturday March 26. We’re giving you advance notice so you can gather up your team (four people), collect some fundraising pledges ($25 per team member) and get some practice. No doubt, it’ll be a cutthroat competition. 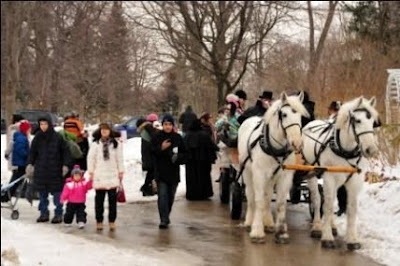 Reports are still arriving about the successful family day that Central Neighbourhood House created at Riverdale Park on Sunday February 13. Congratulations to everyone involved in the planning. Many want you to repeat it again next year.

What’s happening at Carlton and Parliament 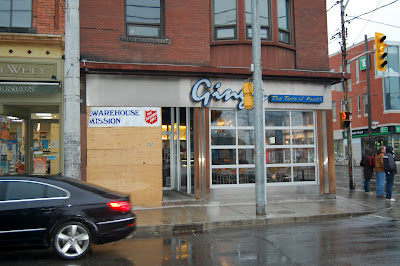 Questions keep arriving about the plywood pillar with the wrinkled banner beside the doorway into Ginger. It’s a construction site that’s been caught up in discussions with the City of Toronto. The building owners, the Rose & Thistle group have asked for final permits. Toronto’s Heritage Services want to see some restoration of several heritage features on the structure. Discussions are going well and we should see progress soon, thanks to the goodwill of everyone involved. The BIA and the Heritage Advisory Committee have supported these discussions. In the meantime, the Salvation Army is now open on the third floor and Dance Umbrella of Ontario are just getting settled on the second floor.
Posted by Cabbagetown BIA at Friday, March 04, 2011