Barbershop of the year 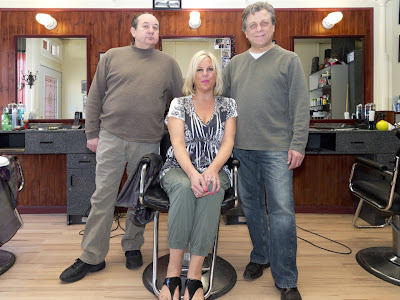 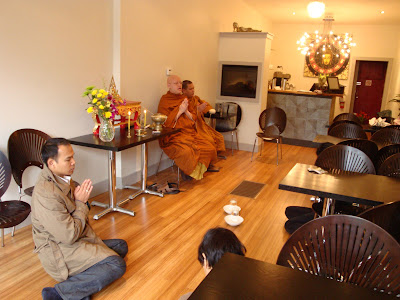 Thai To Go One of our favourite takeout and delivery spots has expanded and now also offers a dining room area for your enjoyment. Their personable service and good food have established their reputations in Cabbagetown and now we can enjoy ourselves in their fine new restaurant as well. Earlier this week, a couple of Buddhist monks visited the new room and offered their blessings. (416) 515-8424, 452 Gerrard. 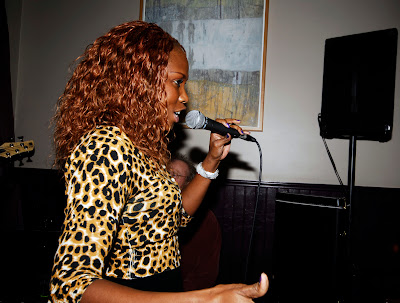 The Cobourg Sings Every year, John Jay hosts an evening of singing at The Cobourg (533 Parliament). There’s a $10 cover charge and the proceeds are donated to a local group. The place is packed as the neighbourhood turns out to sing for each other. . This year, the remarkable people at UForChange are the beneficiaries. 8 pm start. 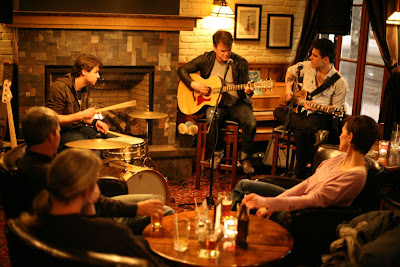 Zack at Stout Irish Pub Zack Werner has organized the Blues Jam that happens every Wednesday night at 9 pm at Stout Irish Pub (221 Carlton). He invites his friends to join him. Erin has gathered some photos of the event for our enjoyment. 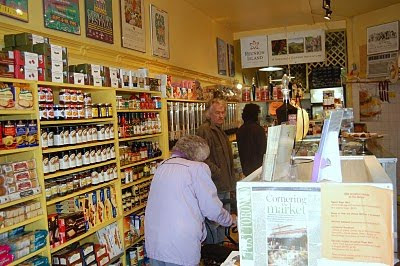 Buffalo mozzarella Patty’s just received a new shipment, flown in directly from Italy. This is the season when this fine cheese comes into its own, matched up with beautiful olive oil and fresh tomato slices. Epicure also has a new line of chorizo salami – a great addition to pizzas, pasta sauces and sandwiches. It’s nicely spiced with lots of paprika. 473 Parliament. 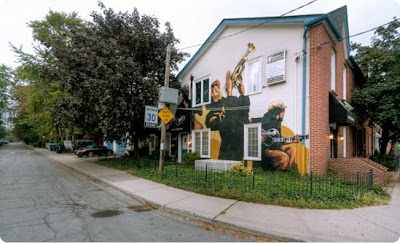 Tutorials at Number 9 George has announced a new approach to Number 9’s tutorial program for audio engineers. This is the studio that has recorded such stars as David Clayton-Thomas, Amanda marshall, Holly Cole, John McDermott and The Barenaked Ladies. Their skilled engineers are your teachers in a unique one-on-one approach. For more details, click here: http://www.number9.ca/school/ 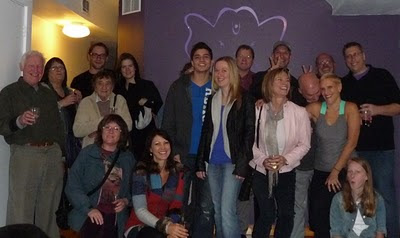 Yoga at Hipjoint As previously reported, Jessica has launched Hipjoint Yoga Studios in the Soup building (603-1/2 Parliament, just south of Wellesley). Her classes run from Tuesday morning to Sunday morning and she’s working with two other instructors, Margo and Deb. Among her offerings are Hatha Flow, Core Vinyasa, Beginner Yoga, and Slow Flow. Some classes are offered more than once a week. She’s asking $15 for a single class. For more information and for registration, call (416) 833-1749 or email mailto:–hipjointyogastudio@yahoo.ca 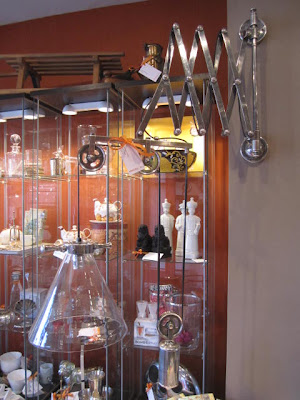 Kendall’s amazing Mechanical Pulley Lamp Step right up and check it out. It swivels 180 degrees and extends 29”. It has a counterweight to allow the lamp to adjust up and down. It’s brass with a vintage steel finish and an antique glass lampshade. Complete the look with an antique filament bulb. While you’re at the store, take advantage of the 50% sale on home and garden décor and serve ware. http://www.kendallandco.ca/ 438 Parliament, across from Spruce. 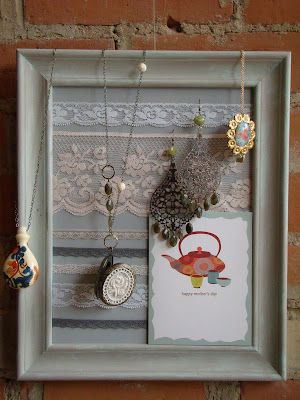 If you’ve got it… Flaunt it. Your jewellery, of course. Regina at Labour of Love (242 Carlton) is hosting her second workshop – this time about fun ideas for displaying and bragging about your jewels. It’s happening on Wednesday April 27 at 6 pm. $10 fee (which covers all your supplies.) 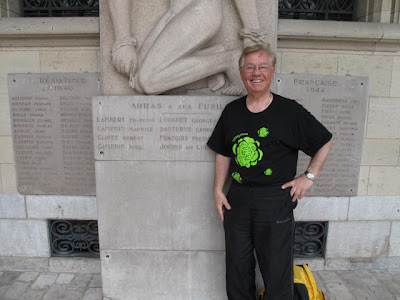 Ken’s Tour de France Our neighbour, Ken Caskenette, continues his remarkable bike trip around France. He’s been on the road for a month and has covered over 1600 km northward from the Mediterranean to the English Channel. But that’s the easy part – he now faces the central massif and the Rhone as he turns homeward from Normandy. Of course, we want proof so he sent this photo from Arras. Some of us are wondering whether this skinny guy can really be the Ken that we know and love.
Posted by Cabbagetown BIA at Friday, April 08, 2011