And the winner is…
Our annual Chairman’s Award evening was another great celebration of success among Cabbagetown’s businesses. 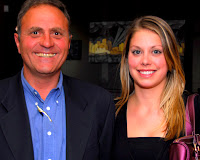 Marianne Mailer is a student at Ryerson who's working at the BIA for the summer. Robert McEnirney from Ben Wicks was telling her tales out of school at the Awards night.

And Rebecca Wolfe from Councillor McConnell's office had to endure a long speech from Doug Fisher.
More on all of that in a moment. 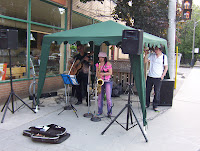 Sady T launched our annual spring concerts with her appearance at Winchester and Parliament on Saturday, June 7. Donna Green and Moo'd Swings followed along on June 14.
This week, Marinda will play at Carlton and Parliament and Miss Divine performs at Spruce and Parliament. Next week, Jim Heineman finishes our series with jazz at Winchester. If you see our musicians, be sure to welcome them and enjoy their music.
A Whiter Shade of Pailed 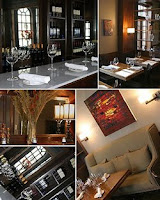 The Epicure Shop (473 Parliament) starts its summer schedule on Monday, June 23. Monday to Friday, 7:30 am to 7 pm; Saturday from 8 am to 6 pm; Sunday from 9 am to 5 pm. Patty Junior has reminded us that their homemade pizza is still on the menu on Tuesday and their breakfast bagel melt (despite its name) is available all day long. And gluten free chocolate chip cookies, mini brownies and mini banana breads are back as well.

Clair McAnuff has opened her new Day Spa, Seabreezes, at 458 Parliament, upstairs on the balcony row. Clair is offering manicures and pedicures, waxing, facials and body treatments. In addition, she has aromatherapy, hot stone therapy and honey body polishes.

Moving
Michael Haddad has moved his law office from 208 Carlton to his newly renovated quarters at 548 Parliament, just south of Amelia. Congratulations are definitely in order for surviving the move and for the spiffy new building that he’s been improving for almost a year.
11th Anniversary Celebrations

Sharons (503 Parliament) is marking this milestone with a great selection of one-of-a-kind jewelry from Brazil, new styles of sunglasses for men and women, and beautiful Madagascar hats. She has printed reversible dresses at $59.99, plain and printed skirts at $29.99 and lots of sample tops, jackets and bottoms.
Closing:
The post office at 422 Parliament is shutting down at the end of the month. But later in the year, it’ll be reappearing at a new (and undisclosed) spot here in Cabbagetown. In the meantime, although it’s not as convenient for us, we can get postal service nearby at Greendale Pharmacy (Homewood and Carlton) or at Shoppers Drug Mart (Queen and Parliament.)

Big Stuff
Late last month, Daniel et Daniel (242 Carlton) catered the Ted Rogers birthday event and served for 6000 people. Every last morsel was delicious.
And then on May 26, Oprah Winfrey featured Craig and Marc Kielburger for an entire one-hour show to launch O Ambassadors, a new school based program that connects young people from North America with others from countries around the world. It’s a joint venture between Oprah’s Angels and Free the Children (233 Carlton). Millions of people saw the program and learned about the successes that they’ve already had.

And now, the Awards
Every year, members of the Old Cabbagetown BIA enjoy a celebration of their success stories from the past year. This year, we returned to the wonderful room at Stonegrill on Winchester (51B Winchester).

Our event was catered by over a dozen Cabbagetown restaurants and their generous contributions were a highlight of the evening.

Two awards were given for hard-won success in cleaning up the corner at Wellesley and Parliament.

Three more awards were given for renovation and business improvement: 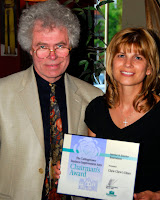 Two new businesses were recognized for their immediate success: 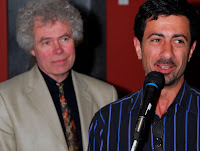 Three awards were given for business successes: 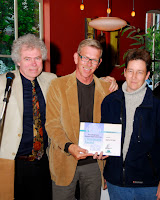 One award went for community service:

And in closing, Don & Dudley
Just hanging out at Nettleship Hardware. 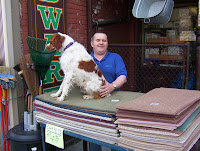