Thanks Joe
Joe Novak, a favourite figure in Cabbagetown, has moved. We’ll miss him. In his time as manager at Joe’s No Frills (Spruce and Parliament), his generosity and community spirit earned him high marks. His store reflected his concern for quality and good customer service. In recognition of his contributions, he was asked to preside over the 2008 “Cutting of the Cabbage” (an ancient and deeply spiritual ceremony that launches the annual Cabbagetown Festival.) He’s moving on to a big, brand new store near Bowmanville and we wish him all the best in his new venture. 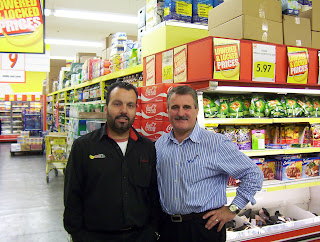 Luciano Graziano is taking over at No Frills. He comes here after a stint in a store in Whitby. He’s already met many of us as he settles into his new job and he’s learning as much as he can about his new neighbourhood. He’s quickly found out that a sense of humour helps a lot here – so he’s denying that he’s young, single, goodlooking and rich! 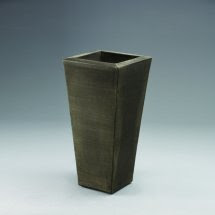 The sale is still going strong at Barracuda (527 Parliament). Most of their decorative accessories are selling at 25 to 40% off their regular prices. They’ve just included two lines of garden planters at 25% discounts, one line is in granite and the other in weathered grey-stone. Nifty stuff. 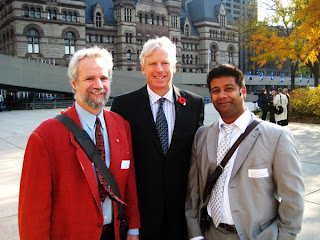 Laurier is a short elegant street running north off Wellesley, just a block east of Parliament. The residents have organized themselves to start an intriguing experiment in geothermal heating. The proposal is to dig deep holes in the middle of the street and install the equipment needed for heat exchangers for each home. And, as a bonus, when the street is rebuilt, it’ll be designed to be porous so that rainwater is diverted from the city’s sewers and back into the ground. It's a serious and very attractive concept for creating green sources for heating and cooling in heritage districts. The Laurier residents are being supported by the Don Vale Cabbagetown Residents Association.
As a first step, Toronto’s Environment Office has awarded $25,000 to the project to test its feasibility. Congratulations and best wishes to Sameer Dhargalkar and to Douglas Worts for their leadership.
You can learn more at http://www.greenlaurier.wordpress.com/ 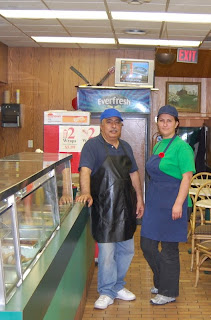 Ruby’s BBQ has taken over the former Ali Baba at 415 Parliament. They’re continuing to offer Mediterranean and middle eastern dishes – good news for falafel lovers – and adding roast chicken dishes as well. This is a bright cheerful room and the food makes a visit well worthwhile. 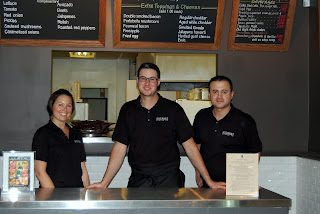 Further up the street at 482 Parliament, John Ward opened his Gourmet Burger Company this week and the first reviews are ecstatic. The choices are dazzling – who knew that a burger could include “Aussie”, “smokey bacon”, “double cheeseburger”, “mushroom melt” and “spicy Cajun” choices? There are two kinds of fries, two salads, soup and onion rings. And eleven toppings or seven sauces. So far, two other people from neighbouring restaurants have told me that John serves up great burgers – honest praise indeed. 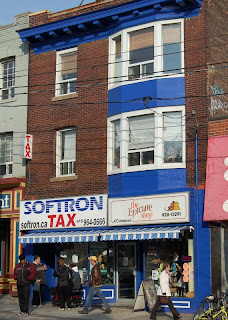 The mood is certainly upbeat at Epicure (473 Parliament). It’s probably because their new paint job and new awnings are now finished and proudly in place. It takes the stress away. And the facelift has given the whole area a nice perk. To celebrate, Patty has two creamy cheeses from Quebec back in stock – Riopelle and La Sauvigne. Then if you buy one of their reusable mugs at $6.99, it’ll come complete with a free coffee and a muffin. 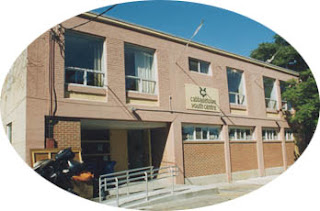 The Cabbagetown Youth Centre (2 Lancaster) has been selected as one of a network of community hosts across Canada to take part in the 2010 Olympic torch relays. Coca Cola and ParticipACTION have designed the SOGO Active program to encourage teenagers to adopt an active lifestyle. As part of that, they will award 1,000 torch relay spots to young people who qualify through their personal activities. Watch for more announcements and, if you have teens in your family between 13 and 20 years old, be sure to register them at the CYC right away. The more active they become, the better their chances are to be chosen.

Festive Dinner At-Home
Daniel et Daniel have just released their 2008 menu for their festive dinner at home. It’s a traditional feast - roast turkey and stuffing, sweet and yukon potatoes, seasonal veggies, Christmas desserts. Of course, it’s prepared by some of the city’s finest chefs (voted the 2008 Best Caterer by NOW Magazine’s readers) and you can wrap up a Daniel et Daniel gift card for your favourite dinner guest or for yourself.

Tommy Oki, a long-time Cabbagetown resident and a founder of the Cabbagetown Community Arts Centre, died on September 30. A musical memorial to honour his commitment to the children and families of this community will take place on Sunday, November 16 at 9 pm at the Centre (454 Parliament) . Admission is free and donations to the Centre are gratefully received.
A long list of notable musicians is appearing, including Kingsley Ettienne, Jim Heineman, Kimeo Oki, Stacie McGregor and many others.

Christmas Bazaar
And then a week later on Saturday November 22, the Cabbagetown Community Arts Centre (454 Parliament) is holding its annual Christmas bazaar from 9 am to 4 pm.

Loonie or Less is in the Christmas mood
The Santa Claus parade is coming to Toronto again. Be prepared with Santa hats, wraps, decorations and supplies all for $1 or less. Plus energy efficient fiber optic Christmas trees for $19.99. (480 Parliament) 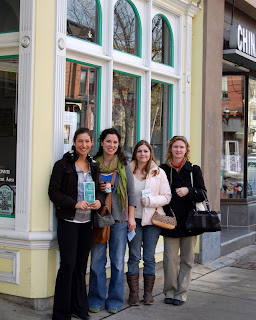 To our delight, Kim Falls and three friends, Dana Valin, Ashley Piroli and Rosa Ameduri dropped into our office to get walking tour maps. They’re York University students working on a field trip. They chose a beautiful day for their tour and certainly covered it with enthusiasm and good spirits.
Posted by Cabbagetown BIA at Friday, November 14, 2008