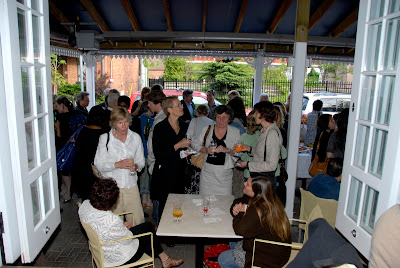 2009 Chairman’s Awards
On Wednesday evening, the members of the BIA held their annual Chairman’s Awards evening at Provence Delices (12 Amelia). It was a great party with good food in a lovely setting. Nine awards were given out for business accomplishments in the past year - in the middle of tough economic times, the awards alone would have been a refreshing reason to get together.
There’s more information about the awards and the people who won them further in this week’s Newsletter. But first, some other news. 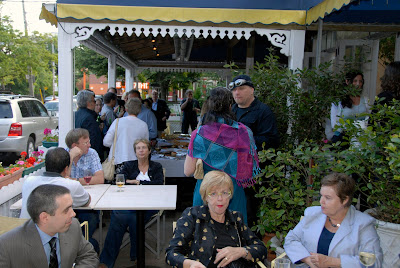 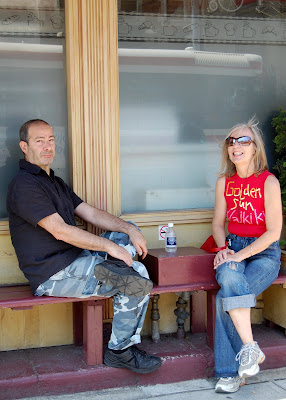 A controversy is now brewing in parts of Cabbagetown about benches and loiterers. When I jump into the debate, some wags regularly tell me to get a life. But I pay them no mind.
So, my question for you today is whether Danny Marks and his pals should loiter so freely on the “benches” of Cabbagetown. 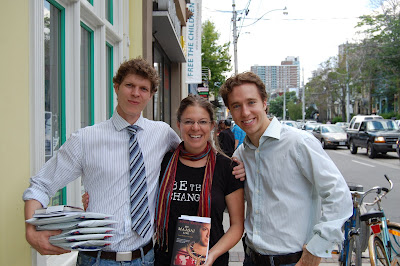 Russ Mcleod, Robin Wiszowaty and Craig Kielburger from Free the Children.
Welcome to Robin Wiszowaty who’s the Kenyan director for Free the Children (233 Carlton). Robin has been visiting Toronto for the past couple of weeks and is today heading home. One of her projects during her visit has been the launch of her new book, My Maasai Life, documenting her work and experiences in Kenya.

The “Me to We” movie 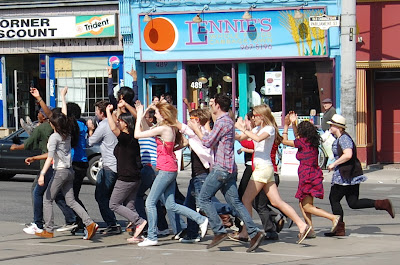 You may have seen a group of people running across Cabbagetown’s streets last Saturday. They were waving their arms around, carrying someone up in the air and shouting out a loud cheer. The staff and volunteers at Me To We (225 Carlton) were making a promotional film. They started at 6 am and kept it up to 4 pm – all without the big cranes, transport trucks, johnny-on-the-spot and heavy duty cameras that usually take over our streets. 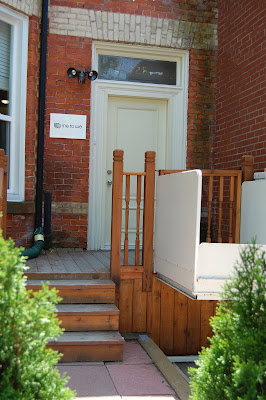 Me to We is a partner with Free the Children. It’s a new kind of social enterprise for people who want to change the world through their personal choices. You can find out more at http://www.metowe.com/aboutus/ 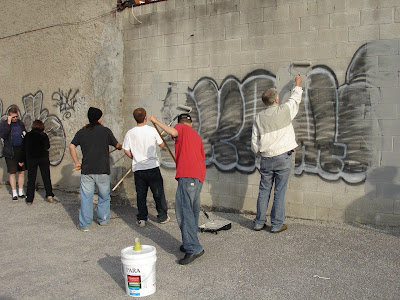 Congratulations to the people in the Cabbagetown South Association for their efforts to clean up graffiti through their neighbourhood. Susan Dineen reports that they’ve made a full inventory of walls where graffiti has appeared. Together with Detective Constable Euan McDermott from 51 Division who organized a group of student volunteers, they’ve been giving these walls a fresh coat of paint and making their streets and laneways shine.

Now to the awards
Congratulations to the nine businesses who have received this year’s honours. Generally, the awards fell into three groups: building and renovations, good business practices and service to our community. 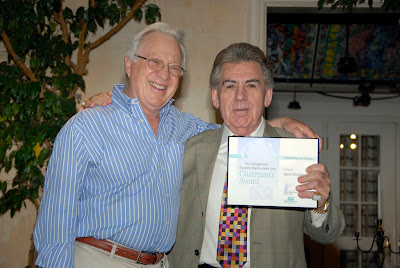 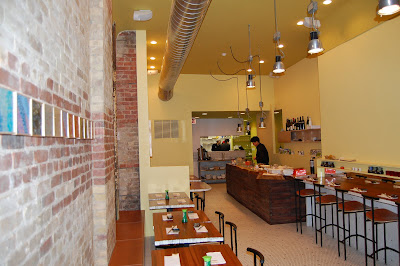 John Lee from Omi (241 Carlton) was unable to attend because his restaurant was so busy that night. He received his award for Omi’s “Innovative Interior Renovation” 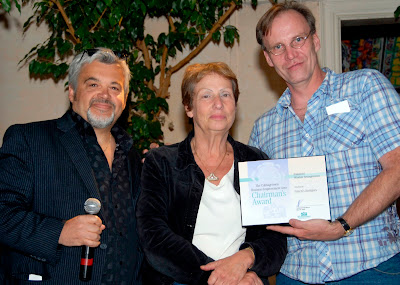 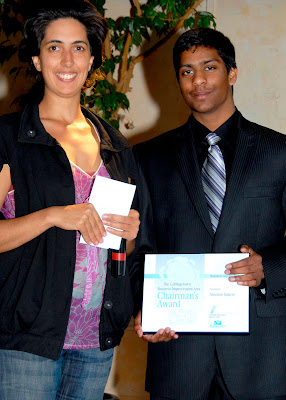 Maggie O’Connor awarded the “Business Success Story” to Nagesan who was there on behalf of his parents, Nages and Raj of Absolute Bakery (589 Parliament).

Doug Chow from Shoppers Drug Mart (467 Parliament) was away on business and missed our event. Shoppers won our award for “Good Customer Service”. 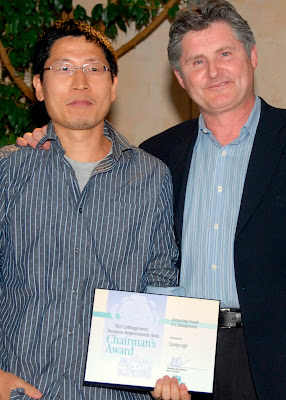 Daniel Megly made the presentation to Dean Lee of Lampcage (557 Parliament) for “Attracting People to Cabbagetown”. 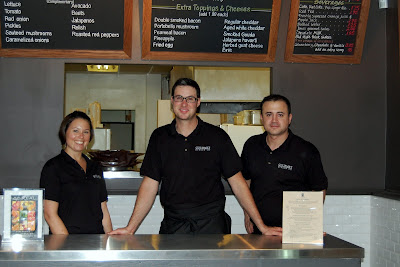 John Ward (centre) from Gourmet Burger Co (482 Parliament) was busy expanding his business and couldn’t attend to get his award for “Successful New Business”. 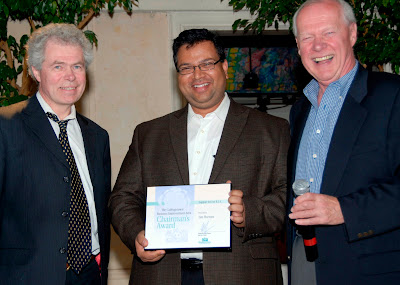 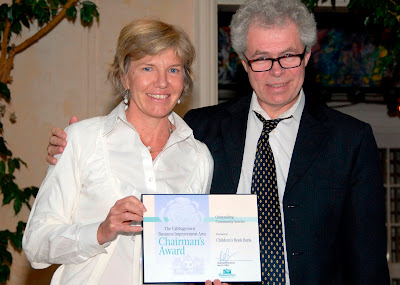 The Children’s Book Bank (350 Berkeley) has made significant contributions to children in Cabbagetown. Paul Dineen presented Kim Beatty with our 2009 award for “Outstanding Community Service”.
Posted by Cabbagetown BIA at Friday, June 12, 2009