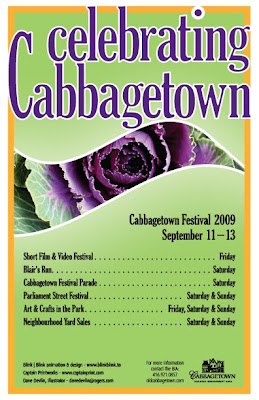 Festival Previews
2009 promises to be a great year for the Festival. We’ve got one of our best Festival lineups coming for you.
Ben Wicks hosts a book launch 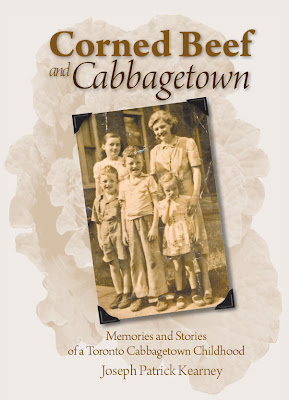 On Thursday, September 10 at 7 pm, Joseph Kearney’s book Corned Beef & Cabbagetown will be launched at The Wicks (424 Parliament).
Mr Kearney writes:
“Cabbagetowners are a special lot. Those of us who were lucky enough to grow up here in the 30's and 40's find ourselves often, as adults, walking the same old streets, remembering the same escapades, sharing the same memories…
I've never been sure whether it was just the place that was so special or the time and place. There was an innocence about our lives.
I've been writing for many years now. Many of the short stories I have published have been about Cabbagetown. Corned Beef and Cabbagetown is a compilation of stories from my childhood in what I think was probably the best place in Toronto to grow up.”
Join us at the Ben Wicks for the launch and get a copy for yourself. For more information, http://www.ofknotsandquills.com/ 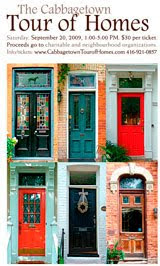 But first, a reminder. The 2009 Tour of Homes happens on Sunday afternoon, September 20. The ticket sales program has been launched and you can buy your ticket at Mi Casa (238 Carlton), St Jamestown Steak & Chops (516 Parliament) and the BIA Office (237 Carlton). $30.
There are seven homes on this year’s tour plus another seven places along Parliament where you can enjoy special Tour hospitality. 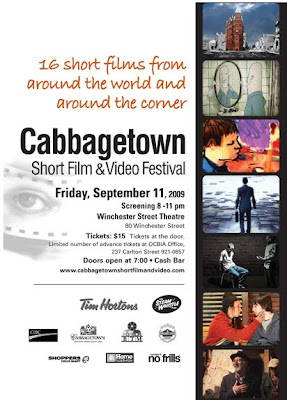 Friday night brings Cabbagetown’s major cultural event back to our neighbourhood (80 Winchester – 7 pm box office, 8 pm screenings). Tickets ($15) are always in demand. You can buy them at the door or at the BIA office (237 Carlton). Check out the details at http://www.cabbagetownshortfilmandvideofestival.com/

Festival calendar of events
Don’t forget to do your shopping during the Festival. A lot of stores will have specials that they’re offering for the weekend.

Blair’s Run starts the day at Carlton and Parliament (from 8:30 am) 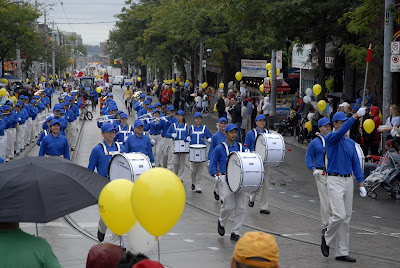 The Festival Parade – 10 am to noon. This year’s route has expanded: Parliament (Wellesley to Gerrard and Gerrard west to Ontario.)

NEW - Cabbagetown Artists Show on Carlton Street (west of Parliament), 10:30 am to 5:30 pm. See art and crafts from your neighbours, enjoy a bite to eat and listen to jazz, ballads and rock ‘n roll while you sit in a casual sidewalk patio.

On Saturday afternoon, the street will be bouncing. ROTC will twirl in the parade and then afterward for the crowds at Winchester and Parliament. 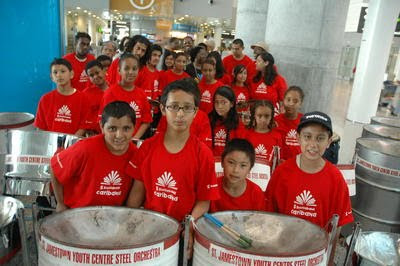 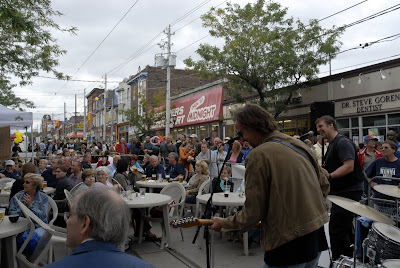 On Sunday morning at 10:30 am, the roar of their engines will introduce The Winged Wheels, the precision motorcycle team from the Toronto Police Service. (Parliament from Prospect to Winchester).

Sunday afternoon: the Cabbagetown Stage at Winchester will be hosted by Danny Marks with guests from Second City, the Cabbagetown Youth Centre and the Scottish Dance ensemble. 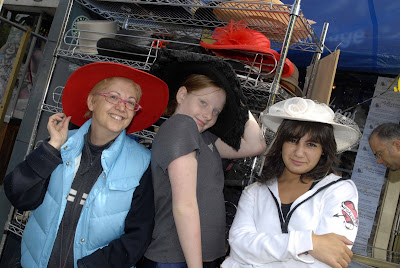 Almost one hundred different craft vendors and agencies have booked space with us for both Saturday and Sunday. 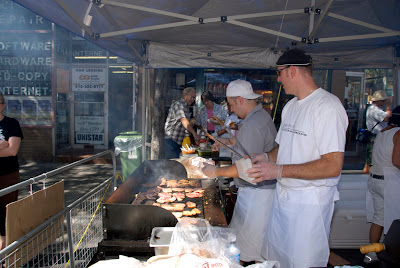 If you want a sit-down brunch, then no one’s better than Johnny G’s (Parliament) or Chew Chew (186 Carlton)

Snacks and finger foods
NEW- JAMCafe and No Frills are joining forces to cook up scrumptious barbeque spare ribs at Spruce and Parliament. 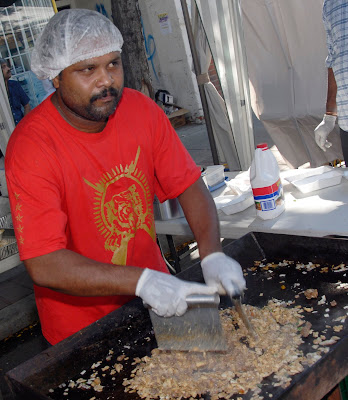 Once again, Parliament south of Wellesley will be full of small booths selling lots of south Asian food, barbeque corn and other delicacies.
Near Carlton, Cabbagetown Organics will have a barbeque, samosas and corn. HomeLife Realty will have free hot dogs. Both Epicure and St Jamestown will still be barbequing bacon, burgers, steak sandwiches and more.
NEW - On Carlton, Healthy Whey is cooking up biryani for you.
NEW - At Gerrard, Mamma’s Deli will be selling giros, souflaki and falafel.

Sit down and enjoy yourself
Over a dozen restaurants and pubs will have street patios, music and cold drinks. Pick your favourite for good food and people-watching. Many of our regular spots from Ben Wicks, Omi, Margaritas and Cranberries will have quieter places indoors for lunch and a drink and a chance to relax away from the rush. 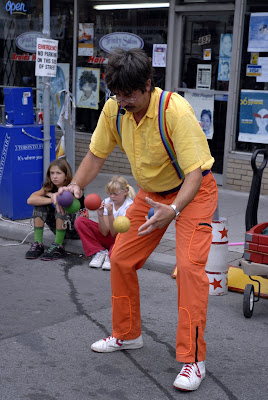 When darkness falls
Patios and vendors will close for the night at 8:30. But we don’t roll up the sidewalks. We just slip inside for good dinners and friendly pubs.
On Saturday night, Ben Wicks has The Wild Irish Rogues and Cobourg has Danny Marks. More next week.