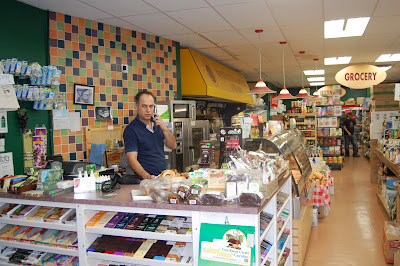 More free food…
Cabbagetown Organics (499 Parliament) is again hosting samplings of their new product lines this weekend. Drop by on Saturday for a taste. 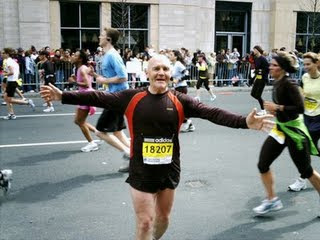 Hec Clouthier who is fresh from victories in Blair's Run and the Boston Marathon will be a Champion in the marathon for Cabbagetown and the CYC. George Smitherman (who may have his running shoes ready for another event) is rumoured to be running here as well.
This year marks the 20th anniversary for the marathon. Cabbagetown and the Distillery District have formed a joint Cheering Section. They’re pursuing the overall prize of $6000 for the most enthusiastic crowd of supporters. Be sure to join them on Sunday September 27 from 9 am to 1 pm at Parliament and Front Streets. There’ll be coffee from Balzac, bacon sandwiches from St Jamestown Deli and lots of musical entertainment to fill the gaps between runners. Proceeds from the cheering victory go to the Cabbagetown Youth Centre.
Congratulations to our two Tours

The 2009 Tour of Homes was another smashing success. Beautiful weather, a sparkling selection of interesting homes and solid organization made sure that it went off without a hitch. The Tour takes the efforts of scores of volunteers – not just for the obvious chores but also for the quieter essential tasks to make the homes safe for visitors and for the owners as well. Well done everyone. 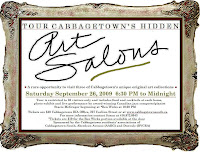 Congratulations as well to Victoria, Patricia and Susan for putting together this weekend’s Art Tour. The tickets were sold out in advance. It promises to be a lovely evening. Those who want to catch the tail end of the Tour’s events can get to the Ben Wicks (424 Parliament) for jazz and good cheer.

Watch for Nuit Blanche
Once again, the Cabbagetown Nuit Blanche group have assembled a powerful installation for Parliament Street and Riverdale Park. On Thursday, they wrapped up another successful fundraising art auction at The Cobourg (533 Parliament). Now they’re ready to go for the main event from 7 pm Saturday to 7 am Sunday (October 3 to 4). Visit http://www.cabbagetownnuitblancghe.ca/ for the latest details about the program (over 5700 people visited the site last year.) 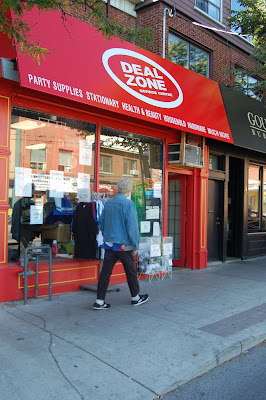 Kyle reports that his store at 480 Parliament has now finished its transformation and is officially open and operating as The Deal Zone. Congratulations for the fine façade improvement. We’ll have more announcements from him next week about his Fall specials, especially with his energy efficient lighting deals.

Epicure has panini and pumpkin pie 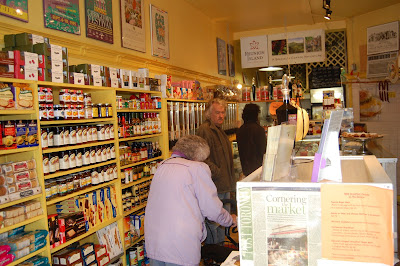 Patty Junior has launched her new grilled panini on either foccacia bread or Ace buns. Regular offerings are $7.99/each and the daily specials are $6.99. She’s also started to take orders for her Thanksgiving pumpkin pies. 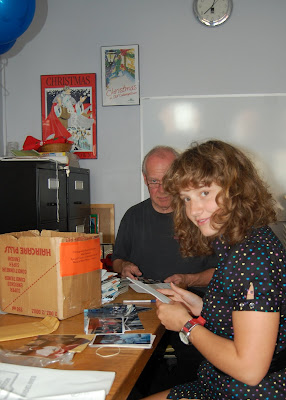 Grace McNee is a grade twelve student at Inglenook Community School and she’s devoting a half-day every week for the next few months to the BIA. It’s part of her pre-graduation program. We’re pleased to have her help.
In her first week, we started sorting out boxes of photos and files in our storeroom with an eye to donating some of them to the Cabbagetown Regent Park Museum. We discovered documents that go back to our BIA’s first meetings in the 1970s. As Toronto’s second-oldest BIA, our group has been a pioneer in a very successful movement that’s subsequently spread across North America.

Morris Dancers at the Ben Wicks 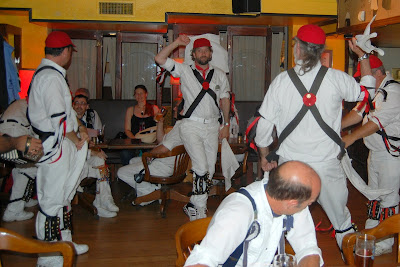 A few weeks ago, we were confronted by lively, friendly people dancing their way down Parliament Street to the Wicks (424 Parliament). Robert reports that this group - Morris Dancers - gathers there regularly. If you’re lucky enough to join them, you’ll hear great voices and watch them perform their traditional English folk dances. 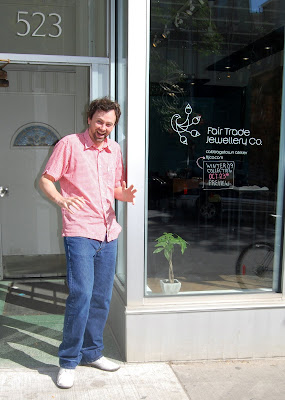 Ryan Taylor’s official launch for his startling and beautiful new store (523 Parliament) is currently scheduled for October 23 but he’s open now and ready for business. At this time, he’s taking orders for bridal and engagement jewellery which he’ll then handle as a custom-made order. Japanese pearls will soon be added to his list. He uses only ethically mined metals for his work – gold and platinum that’s been certified by FLO, the fair trade labeling organization. You can get a glimpse of the beautiful objects that he’s making at his web site, http://www.ftjco.com/. 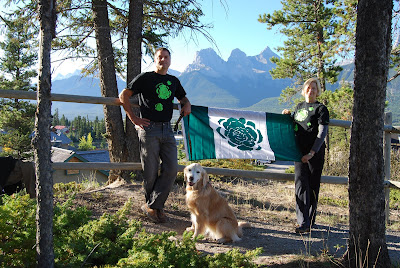 Jael wouldn’t wear a Tee shirt but Greg and Nancy happily posed with their Cabbagetown insignia behind their home in Canmore Alberta. The mountains are enticing (no doubt about it) but somehow you just can’t take Cabbagetown out of the people. Just a reminder – you can still get your souvenir Tee shirts at Sharon’s (503 Parliament) and a flag at the BIA (237 Carlton)
Posted by Cabbagetown BIA at Saturday, September 26, 2009