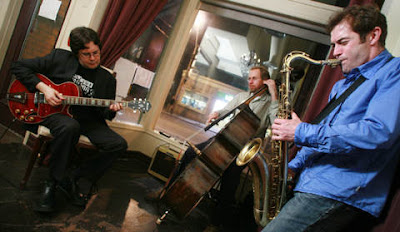 Music at The Cobourg
Every week as a regular feature, we list the Sunday night jazz events at The Cobourg (533 Parliament). But that little listing can miss the excitement that often happens during these evenings.
Here’s how John Jay sums up his experiences there during January, “It’s been a fascinating month musically…Julie Dorion sang to a packed house with Will Kidman and Gentleman Reg. John Alcorn and his trio started Sunday night jazz this year followed by Perry White and his trio. Last Sunday Holly Cole dropped by late in the evening and sang with the band. A great surprise and a real treat for those hanging in there late…”
That’s why we’ve always said that The Cobourg has beautiful music in a beautiful room. On Sunday, Perry White, Neil Swainson and Rob Piltch are back again. Don’t miss them.

Working at Winchester
The Donvale Cabbagetown Residents Association is working on a new project for the corner at Winchester and Parliament. They really have earned our thanks for their effort.
Thanks, in part, because this site was the focus of a lot of controversy last summer. Now the DVCRA has broken through those arguments and they’re launching a process that potentially can end up with a very positive change for the area. And they’re doing it in a way that brings people in Cabbagetown together, instead of pushing us apart.
Thanks as well because this project contains a lot of pleasant ideas for this corner – trees, a few small garden areas, decorative paving, fencing and bike racks. The designs aren’t finalized. When they are, they’ve promised to send them along so we can publish them in our Newsletter. 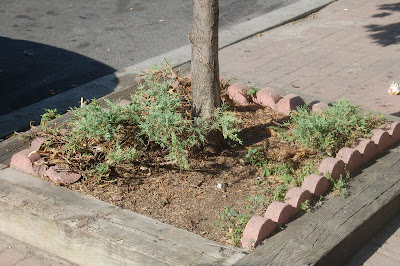 As you can see from this photo, the corner needs improvements.

There’s another treat happening at Winchester – this time at the Stonegrill (51B Winchester). They’re hosting a Mexican fiesta to fight the January blues. For $40, you can enjoy a three-course dinner and margaritas prepared by their lovely bartenders. Appetizers, main entrees and desserts are all on the menu. Call Mukul or Dobby at (416) 9676-6565 for reservations. Big Mamma’s Boy (554 Parliament) is hosting a fundraiser on Tuesday, January 26 from 7 to 10 pm to raise funds for relief efforts in Haiti through the Canadian Red Cross. It’s a serious cause but, true to form, Heather Mackenzie is making sure that it’s also a great evening.
It’s a variety show hosted by Deb Pearce from Proud FM complete with comedians, an auction sale and lots of door prizes. Renee Marshall from Salon Bijou (211 Carlton) is giving away a haircut. The Marriott Hotels are offering overnight stays at their hotels in Yorkville and the Eaton Centre. The big auction prize is a twenty-week acting course for a young person under eighteen, offered by the John Robert Powers talent agency. There are plenty of other prizes to be won as well.
The evening is sponsored by Big Mamma’s Boy, Proud FM and Great Lakes Brewery. It’s an imaginative effort – congratulations to everyone who’s helping to put it together.

We knew it would happen eventually. Patty at The Epicure Shop (473 Parliament) is giving away free chocolates on Saturday. It’s a sampling of treats from Chocolate Clare and this event is the launching pad for this new business. There’s a website where you can see the different kinds of chocolate that Clare’s making: http://www.chocolateclare.com/ If those pictures are typical of the goodies that’ll be offered on Saturday, then there’ll be a lineup of choco-addicts waiting for a freeby. Clare, by the way, grew up on Spruce Street here in Cabbagetown and although she’s migrated east to the Danforth, her family is still here. No wonder Patty likes this project.

Sale at the 509 DanceWear 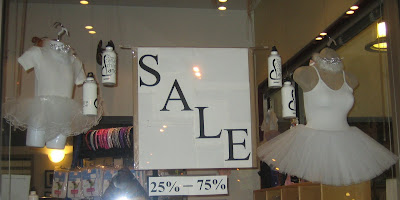 Elisabeth tells us that the Dance Wear store in the Canadian Children’s Dance Theatre (509 Parliament) is holding a Winter sale. Everything in the store is reduced by 25 to 75% off. The window display features white tutus and white SIGG bottles with CCDT logos. In the store, there’s classical and modern dance wear, yoga clothing and ballroom shoes and clothing. Plus lots of books, CDs and DVDs. The sale runs until January 31. 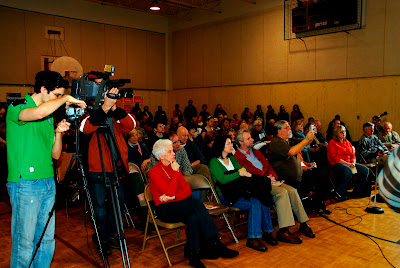 Save some time on Sunday afternoon, January 31 to be a part of our Toronto Centre by-election Candidates Debate. It’s happening at the Cabbagetown Youth Centre (2 Lancaster). Whenever elections have happened here over the past five years, your three local residents groups have joined the BIA to host these events and we’ve really learned how to do it. Four candidates will be there: Cathy Crowe (NDP), Glen Murray (Liberal), Stefan Premdas (Green) and Pamela Taylor (PC). For a refreshing look at the by-election in its earliest stages, read some comments by the Toronto Star’s Queens Park correspondent Jim Coyle: http://www.thestar.com/news/ontario/article/751992--coyle-election-crystal-ball-on-parliament-st

Election workers needed
Eric Morse, the Returning Officer for Toronto Centre for this by-election (he’s the impartial referee), is looking for people who want to help out during the campaign and on election day itself. Payment varies for each job. If you want more info, call 1-866-566-9766 and ask for “Recruiting”. 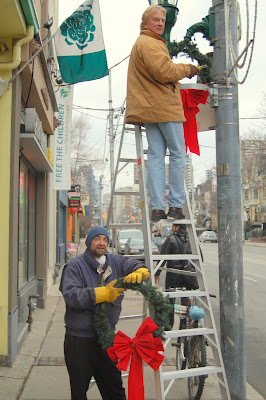 Frankly, Doug Fisher was disappointed with his own efforts for Christmas in 2009. Droopy wreaths on the lamp posts. (Groan). But they’re down – thanks to our friends Doug Hurlbut and Michael Boyle who took care of the job.
But Christmas 2010 has already started. We’re proud to announce that four imaginative people have agreed to attack the problem and they’re holding their first meeting imminently. Chris Kiraly (from Blink, Blink), Mary Spence-Thomas (Branch Out), Lucy De Luca (justbecuz) and Patty Junior (Epicure Shop) have decided to make our area shine next December. Stand back, Santa!
If you want to send us your ideas, please contact: doug@oldcabbagetown.com The more, the merrier.
Posted by Cabbagetown BIA at Friday, January 22, 2010