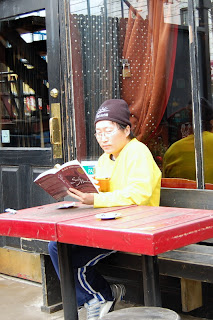 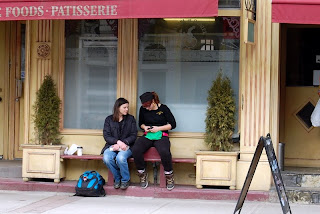 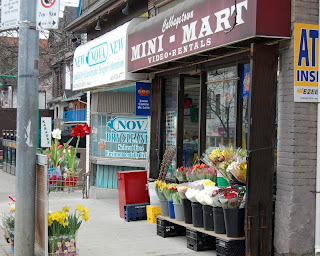 It really is spring…
And JAMCafe are hosting a Spring Equinox Party on Saturday, March 21 from 6 pm to closing time. Bring along a food bank donation and you’ll get a free mini-JAMburger, washed down with a $3 Mill Street beer. And if it’s warm enough, the party can move outside to JAM’s great patio. (195 Carlton) 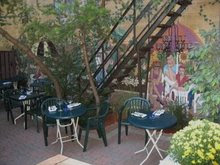 Spring is bike time
Kale at Cycle Solutions (444 Parliament) urges everybody to bring their bikes in early. There’s always a Spring rush. To avoid the congestion, you can make a specific appointment time for your tune-up. Visit the store to set a date and leave a $5 deposit. A basic tune-up is $30 and the full, no-holds-barred tune-up is $50. You can also check out the new line of jerseys, shorts and other bike related clothing. 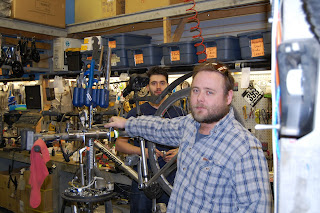 The Ontario government decided that biking is a good green sport and to make it more popular, they’ve dropped the PST on bikes and biking accessories under $1000. Kale has new bikes from Giant, Specialized and Kona on sale now. He also has Dahon’s folding bike.
And one last little reminder – a bike bell costs $5 and the police will give you a nice $100 fine for not having one. 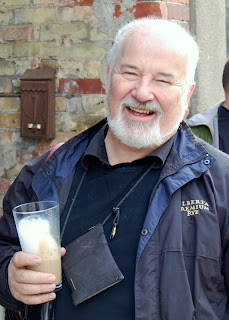 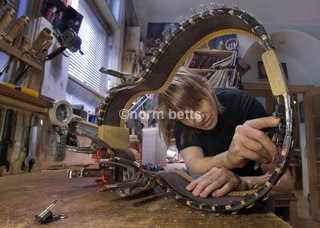 The show continues through March – the coffee here flows forever. 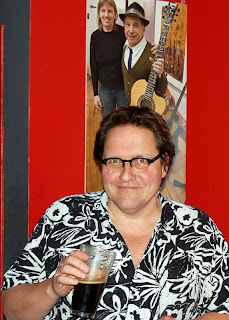 James McNee downs a latte in front of one of Norm’s pictures.

As announced last week, Starbucks will open in the new store at Aberdeen and Parliament on Thursday, March 12 from 4 to 7 pm. Store manager Hyojean Parks tells us that Starbucks always celebrates these openings with a “Family & Friends” event on opening day.
The Cabbagetown Youth Centre will be the guest of honour for this event. Complimentary coffee and pastries will be available and all voluntary donations that you make will be directed to the CYC. 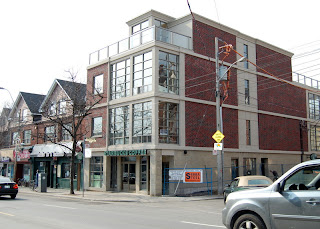 The finishing touches are being applied inside and as soon as the weather permits, the exterior landscaping will be completed. 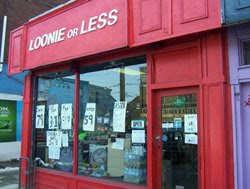 Loonie or Less (480 Parliament) can help. Kyle has the original Shammy for $5.99 – similar to the one you’ve seen on television for $19.99. Whether you want to wipe off your car, your counter or your dog, the Shammy does it for you. If you’re tired of the recession and want to fight off your economic blues, this is the store that’ll do the trick.

CITY TV covered Cabbagetown
Last Tuesday, City TV profiled Cabbagetown during their series on Toronto neighbourhoods, part of their run-up to Toronto 175th birthday. They did their broadcast live from Jet Fuel and included Epicure’s Patty Junior as well as local residents like Maureen Penno.
Click on this link and then press the arrow to play video: http://www.citynews.ca/news/news_32592.aspx

Spring in our food shops 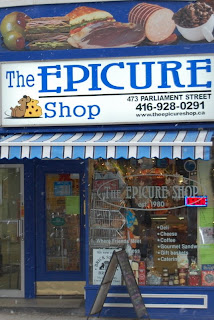 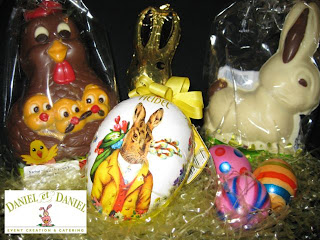 Daniel et Daniel (248 Carlton) are launching their annual Easter chocolates from France. On March 21, they’ll also be offering a “fill your own” deal on Easter baskets. For $4.99, you select your own basket, grass, ribbon and wrap. After that, the food shop staff will help you fill it with the items of your choice. And a reminder – you can get a Daniel et Daniel gift card as part of your basket goodies.

Goodbye …
To winter. Here’s a fine reminder of what’s leaving. 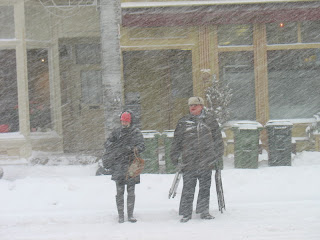 And goodbye as well to the LeslieVille Power Centre. This massive retail complex featuring vast parking lots, low wages, box stores and other retail goodies has been shown the door by the Ontario Municipal Board. Cabbagetown merchants instructed the BIA Board to join with Leslieville retailers and other east end groups to oppose this project and we really aren’t sorry to see it go. 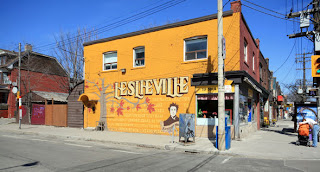 Like ourselves, Leslieville enjoys small, creative retailers and they’ve been given a new opportunity in both neighbourhoods thanks to this OMB decision.
Posted by Cabbagetown BIA at Friday, March 06, 2009